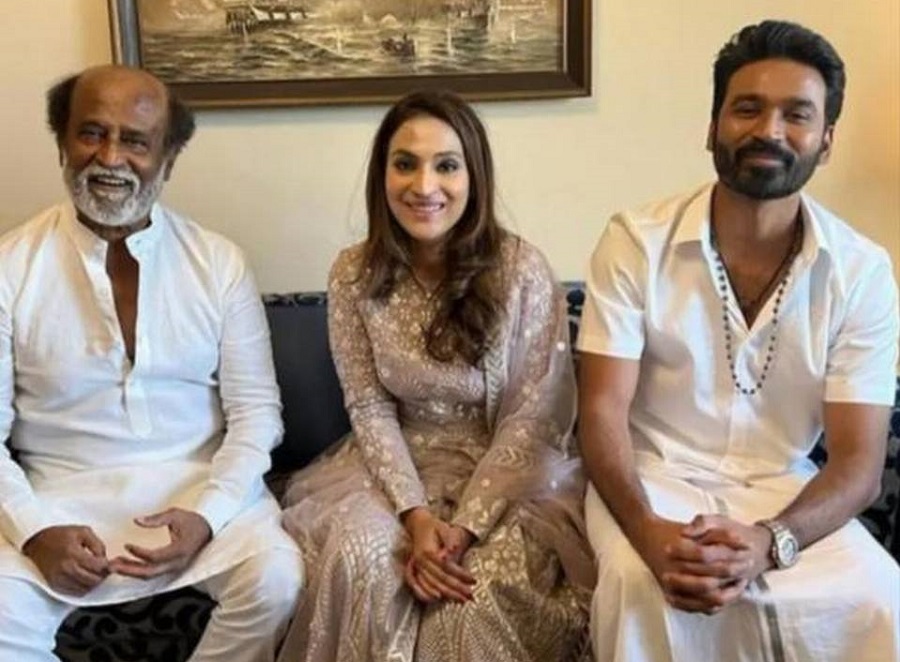 Dhanush’s father Kasthuri Raja, who recently spoke about the Dhanush-Aishwarya divorce, said the two were not divorced. It’s just that family quarrels will get better soon.

Actor Rajinikanth’s eldest daughter Aishwarya and actor Dhanush have announced their divorce decision. Fans are eager to know what it will be like as the two have not stated the reasons for the divorce. If you inquire in the Kollywood circles about this, a number of reasons are said to be there.

Dhanush and Aishwarya are said to have decided to end their marriage 2 weeks ago. They may have made this decision because of constant disagreement. When a situation like this came up many years ago the family on both sides talked and ended the issue smoothly. This has been going on for over 7 years.

Rajini is aware of this matter and has been quietly waiting for him to get well. But following the rumors circulating in the film industry about Dhanush, Aishwarya has asked an actress directly about this. When the actress pass the matter to Dhanush’s ear, it caused further rift between Dhanush – Aishwarya. It is in this situation that the two have decided to divorce.

Rajini has stepped down in an attempt to persuade both of them to put the matter in the presence of their families. Rajini, who spoke to both separately, has been advising her to stay childish and make up her mind. But neither of them listened to it.

After 2 weeks of trying to persuade her to no avail, Rajini withdrew saying that there was nothing more we could say. The couple has since announced their divorce. The couple may then file for divorce. Actor Rajinikanth is said to have quietly accepted the division of the two.

Dhanush’s father Kasturi Raja has recently spoken about the divorce between Dhanush and Aishwarya. The two are not divorced. There is little disagreement between husband and wife. It’s just that family quarrels will get better soon. Also contact Dhanush currently in Hyderabad by phone for advice. He said he hoped the two would make a good decision soon.