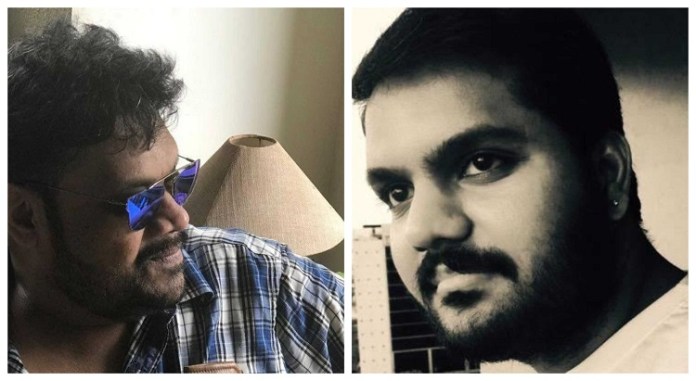 Padam Kumar, Deepan Bhoopathy Secure Three Films One By One….

He is one of the producers Of Poda Podi in which Simbu and Varalakshmi Sarathkumar played the lead roles.

He has already directed several films in Hindi and is now back in film production and directing. Producer Of Puriyadha Pudhir Deepan Bhoopathy joins him in production and Canada based Ninna Bains joins as co-producer.

One of the main actor who works in Bollywood and in kollywod and three heroines opposite to him play lead roles in their first project. It is also said that there will be one new face and two famous actresses.

The story is told as a musical thriller about what happens after an ex-girlfriend and another woman enters his life of a married man. Padam Kumar himself Directs the film. Bombay-based Narender is the Production Designer and R.Vel Raj is going to be cinematographer.

Followed by this , the next would be actress-centered action flick and the same is being produced in three languages – Tamil, Telugu and Hindi. Kecha from Thailand, who choreograhed the action sequences for Vishwaroopam and Bahubali will be doing the stunts. Talks are on with a leading actress who is active in all three languages – Tamil, Telugu and Hindi. Also a talks are going on with a Indian-renowned composer for the music.

Their third would be an action thriller with one hero and two heroines and the story would be a woman who comes from Canada to India to act in films.

Filming of these three is scheduled to take place in India, Canada and Thailand. The mayor of Ottowa (Capital of Canada), will be promoting all these three movies as all the three fims are being made under a Indo- Canadian co-production treaty.