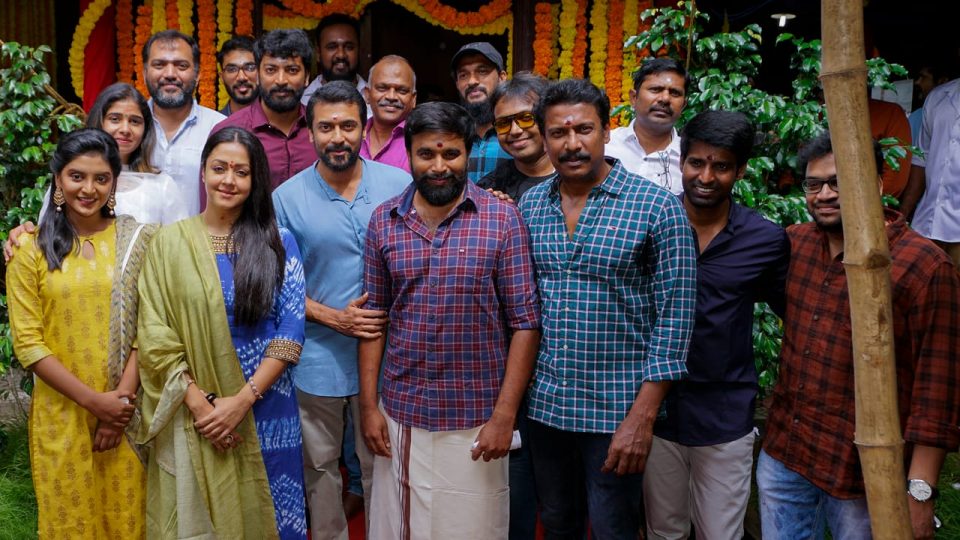 The film, which, sources say, will have a very unique story, will feature Jyotika, Sasikumar and Samudrakani in the lead and will also feature Soori and Kalaiyarasan in important roles.

Set in a rural backdrop, this film will emphasise the strength of relationships.

Written and directed by Era Saravanan, the film will have cinematographer-cum-director Velraj handling the camera.

D Imman, whose music is a hot favourite of youngsters today, will score the music for the film. The film will be edited by one of Tamil film industry’s important editors, S.Ruben. Mujibur Rahman will be the art director of the film, which is to be shot in Pudukottai and Tanjore districts. The list of guests who have attended are Directors Pandiraj, Kalyaan,Fredrick, SY Gowthamraj, TJ Gnanavel, Guhan Senniapan, Producers SR Prabhu, Cinematographers Ramji Ravi Varma , Kathir and Playback singer krish